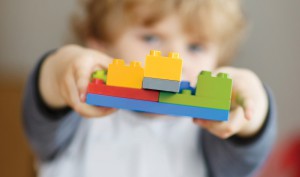 Behavior analysis is a scientifically validated approach to understanding behavior. In this context, “behavior” refers to actions and skills. “Environment” includes any influence – physical or social – that might change or be changed by one’s behavior.

Behavior analysis focuses on the principles that explain how skill building takes place. Positive reinforcement is one such principle that leads to behavior change by providing a reward (e.g., toy, candy, token) following a behavior, resulting in the increase of that behavior. Through decades of research, the field of behavior analysis has developed many techniques for increasing useful behaviors and reducing those that may cause harm or interfere with learning.

Applied behavior analysis (ABA) is the use of these techniques and principles to bring about meaningful and positive change in behavior. These techniques can be used in structured situations such as found in the classroom setting as well as “everyday” situations (e.g., family dinnertime and the neighborhood playground).

Some ABA therapy sessions involve one-on-one interaction between the behavior analyst and the participant. Group instruction can likewise prove useful.

Today, ABA is widely recognized as a safe and effective treatment for autism.

Today, ABA is widely recognized as a safe and effective treatment for autism. It has been endorsed by a number of state and federal agencies, including the U.S. Surgeon General and the New York State Department of Health. Over the last decade, the nation has seen a particularly dramatic increase in the use of ABA to help persons with autism live happy and productive lives. In particular, ABA principles and techniques can foster basic skills such as looking, listening and imitating, as well as complex skills such as reading, conversing and understanding another person’s perspective.